What is Sidereal Astrology?

The astrology of the visible sky

There are two forms of astrology used today: tropical and sidereal.

Tropical astrology is the most popular form of astrology used in the West. If you are from the West, this is likely what you are familiar with. It is also the most common astrology online.

Sidereal astrology is the most popular in the East, particularly in India. Vedic, or Hindu, astrology uses a form of it. It is not as common online or in the West. You May have only recently heard about it.

What is the difference between tropical and sidereal astrology?

Astrology describes what zodiac sign the Sun, Moon, or planets are in. These are your "signs". For example, if you were born in late March, your sun sign is Aries in tropical astrology.

Tropical astrology uses the seasons of the Earth for its zodiac system. Tropical astrology starts the zodiac wheel at the vernal point. This is the point in the sky where the Sun is during the spring equinox in the northern hemisphere. All planets that pass over this point enter Aries, the first sign of the zodiac.

The diagram shows the starting points of the zodiac. Tropical (green) and sidereal (orange). The Sun is where it is in late April (after the late March equinox). The Sun is in the next sign of Taurus in tropical and in Aries in sidereal.

Usually, your tropical sign is the sign after your sidereal sign. In this example, the person's sun sign is Taurus in tropical and Aries in sidereal. The difference is usually about 24 degrees, depending on the sidereal system used.

Why doesn’t tropical astrology use the stars?

It made perfect sense at the time to use the seasons. This is because the visible sky is much more difficult to calculate and is always changing. This is due to precession.

Every spring equinox, the Sun does not return to the same point in the sky. The difference is about one degree every 72 years. This is very subtle. Yet, over a long time, it becomes noticeable. This is why the tropical and sidereal zodiacs are about a full sign apart today. For a deeper dive into precession, here is a concise description by Brittanica.

Is tropical or sidereal more accurate?

Here at Mastering the Zodiac we use true sidereal astrology. But, it is fair to say that both are accurate for their purposes.

Tropical astrology is about two thousand years old. Millions have used and validated it in the West. Being a seasonal system it is particularly accurate for the tropical sun sign. Since it uses the static seasonal cycle it is said to show the physical and "3D" elements of the personality.

Sidereal astrology dates back at least ten thousand years in India. Since it uses the visible sky it's likely much older. There is no denying that using the visible sky is accurate for the language of the stars. It is said to describe the "essence" of the personality and the soul.

Where do we start the zodiac in sidereal astrology?

This is the million-dollar question. The sky is subject to interpretation. This is why there are dozens of sidereal astrology systems.

The term for the start of the zodiac is the ayanamsa. Here are some of the most used:

Lahiri is the most used ayanamsa in Vedic astrology. It is often recommended to use this ayanamsa when working with the Vedic system. Other popular options for Vedic include Raman, as well as KP when working with Vedic KP methods.

Midpoint is the system we created here at Mastering the Zodiac. It also uses the actual size of the constellations, like the IAU. But, the IAU boundaries were created for astronomy, not astrology. The IAU boundaries do not reference the ecliptic (the path of the Sun and planets). Midpoint fixes this by setting the zodiac sizes relative to the ecliptic.

Below are the sun sign birthdates for the systems mentioned above. The dates are in GMT. Dates on the first or last day of a sign are “on the cusp” and a blend of both signs. 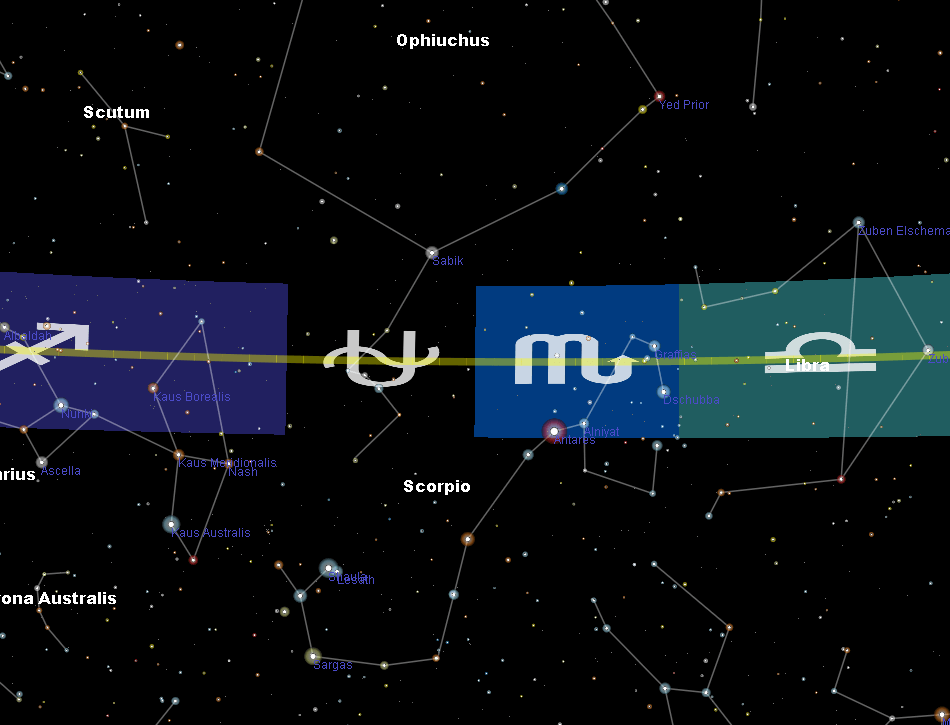 Zodiac signs are constellations near the ecliptic. Near enough that planets pass over them.

Ophiuchus is the “thirteenth sign”. It is a constellation that spans over the ecliptic. True sidereal systems, such as the IAU and Midpoint, use Ophiuchus.

Ophiuchus shares the same part of the sky as Scorpio. For this reason, it was likely excluded during the early creation of the zodiac of twelve equal signs. This makes sense since thirteen is not divisible like the number twelve.

How do I read my sidereal chart?

First, you will need your sidereal birth chart. You can see the Sun, Moon, and planets exactly as they appeared in the sky during your birth with our chart calculator.

Once you have your chart, you can use our quick and easy guide to read your birth chart. Within minutes, you will have an in-depth understanding of your chart and what it says about you.

For a deeper look, take one of our sidereal astrology courses.

Or get in touch for a professional reading.